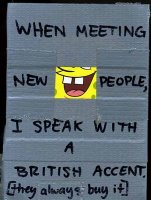 Christ. September already. School's back in and all the tv shows are starting anew. The television, which previously played the part of furniture has stepped up to leading lady 'round here. Seems the fucker's always on and it's no longer justifiable by sitting here making fun of it and carrying on some diatribe against it; it's on and I'm looking at it. I'm learning shit from the discovery channel and TLC. Mostly that houses fix themselves. I realize this is so far from my experience, but I never see anyone actually explaining how they fix things on the home improvement show. I want to see the up close and ugly on bathroom renovation, not before and after shots. And for that matter, who in the H E double hockey sticks is making a living flipping houses in this market?

There. I did it. I shut that bastard off so I can listen to MAS bootlegs and eat some peanut butter. I'm recovering from having found a decent whiskey buzz last night and ending the evening being put on by two girls in my local watering hole claiming to be British. Funny shit, actually. I even knew one of them and bought it. They were funny, I was had. Next: Do hang the fan. Bucky's coming by with Sam to help me hang a new ceiling fan. Sweet, I already cleaned the crapper and it's too wet to mow, so this domestic god has taken to the blogging, more for form than any actual need to communicate. Every day that goes by I have less and less to say. I miss the tv. I like how women look naked. I wish I wasn't sick so I could pursue the sex. Cough, cough, cough. Alright, this is silly, I'm becoming a page I wouldn't read.
Posted by Kevin at 1:16 PM

Just as bad, but older.

Other things to do.

The second best time is now.