Alright these ads are already tripping me out. Christian singles? I wonder if these people know where they are being sold. 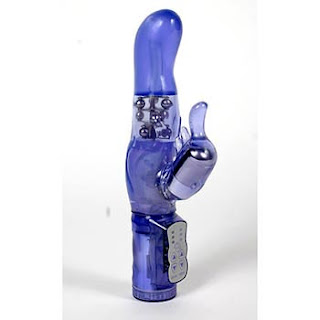 Does this thing look natural to you? It's fucking frightening. I wish there was a hand in the shot to give this scale, but I'm going to venture a guess that very few men are the size of this instrument. Even should we find, looking in our pants, something of such Brobdingnagian proportions, I sincerely doubt that any of us come equipped with rotating ball bearings or a clitoral stimulating soft plastic tongue.

And that is the main difference between men and women. Women say that Women's' magazines have sold them a false body image and they feel inadequate. This may well be true, however I hazard the hypothesis that they have sold it to themselves. I believe this in large part because there is no significant market out there for fake vaginas. Yes, they sell them, but they do not have the cultural status of the iconic steely Dan. They lack the prominence in our collective consciousness of these giant and frightening cervix ticklers.

It's a simple principal. Women look at us and see potential, not what we truly are and for this it's a short hop to a theory of them poisoning their own self images with the same genus of exaggerated expectation.

The instance of depression is higher amongst women, as well. What would be expected of a gender who has sexualized plastic and proportions. Whose perfect man is held only in imaginings-because there is not a woman out there who wouldn't be bored of that ideal in flesh.

I am inadequate. I get this, I lack the spinning servos and studs for her pleasure.

Is this misogynistic? I hope not. I ask of my self intention; I want to be pure in my diatribe: Do I hate women? No, but I do feel sorry for anyone who thinks that abomination will make you happy. I don't doubt that it will make you moan, but it also promises to shave the real thing to nothing when confronted with it.
Posted by Kevin Trudo at 8:27 PM

Just as bad, but older.

Other things to do.

The second best time is now.